The Violins of Nathan Milstein 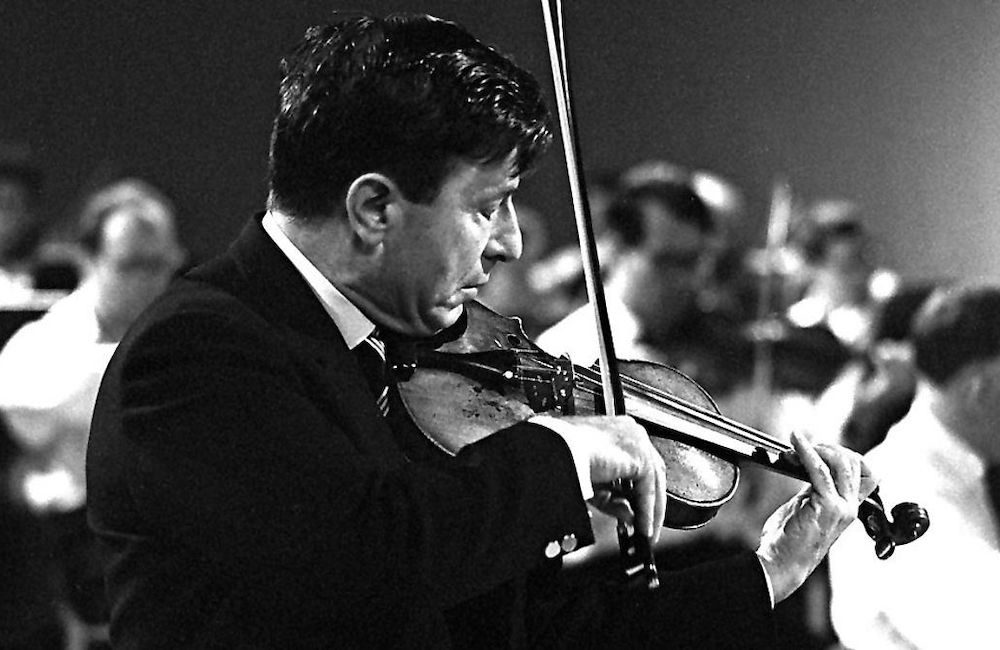 The Ukranian-American virtuoso played four priceless instruments in his career. But one Strad was his favorite, and he renamed it for his wife.

The virtuoso violinist Nathan Mironovich Milstein (1903-1992) had a remarkable career by many indicators – his training, his colleagues, his interpretations of works from the Romantic period, and his own life journey from the Ukraine to America during a tumultuous era. Among his many distinctions is the fact he performed in concert up to the age of 82, ending there only because of a debilitating injury to his hand from a fall.

So it might make sense that over his long tenure, he was known to play on at least four exceptionally fine violins, three made by Antonio Stradivari and the fourth by Stradivari’s contemporary, Bartolomeo Guarneri. Milstein also had a favorite bow, now known as the “Milstein” Francois Tourte, made in Paris around 1812.

But it bears noting that he owned two of the Strads while the third (the 1717 Reiffenberg) and the Guarneri (the 1727 “Milstein Guarneri ‘del Gesu’”) were borrowed. This is increasingly the case with the most prized (and highly valued) violins today in that the musician merely has them on loan from a wealthy collector or an institution that actually owns the instrument. This is sometimes true of very fine stringed instrument bows.

This is not an entirely new phenomenon. One prolific collector of Stradivarius and Guarneri violins (as well as fine instruments by other makers) was Rembert Wurlitzer (1904-1963), the heir of the Wurlitzer Co. fortune who separated himself from the musical instrument and jukebox company to buy, authenticate, restore and sell about half of the known 600 Strads in the 1950s. A Wurlitzer certification is highly respected in contemporary authentications.

Wurlitzer owned the Reiffenberg violin, although whether that ownership coincided with Milstein playing it is difficult to determine by available records. Milstein’s most prized instrument, the 1716 “Goldman” Strad, was so named as it was owned by collector Henry Goldman, a scion of the family that founded the Goldman Sachs investment banking firm. Milstein considered that his primary instrument through much of his career and renamed it the “Maria Teresa,” to honor both his wife and his daughter who are so named.

The Reiffenberg violin is a rarity in that it retains its original label (“Antonius Stradivarius Cremonensis Faciebat Anno 1717”). Labels that say Stradivarius more typically are made by someone else, simply indicating it’s “in the style of” and are of much lower value. It has been owned by Dmitry Sitkovetsky, a Azerbaijan-born classical violinist and conductor, since 1983.

Goldman owned the 1716 Strad from 1911-1923, and it changed hands three times before Millstein acquired it in 1945. After Milstein’s death, the family retained ownership until 2006 before selling it to Los Angeles-based businessman Jerry Kohl, a music lover who lends the instrument to players of distinction.