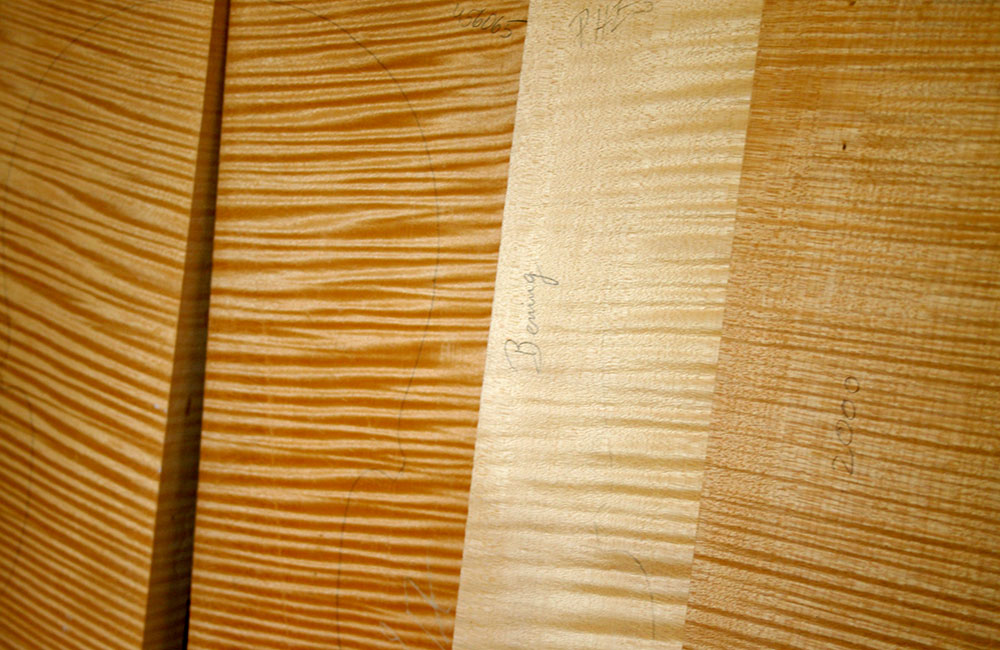 Legendary violins are made of Bosnian wood grown hundreds of years ago. But can modern luthiers replicate what Stradivari had available to him?

The extraordinary sound of the fine violins, violas and cellos made by the legendary luthiers Antonio Stradivari (1644-1737) and Guiseppe Guarneri (1698-1744) is attributed to many factors. Workmanship is of course at the top of the list. So too are the geometrics of form, solid joints, scrollwork detail, symmetry, and a flush fitting bridge – to name a few critical details.

But the most obvious feature that Stradivari, et al. employed was the wood – a Bosnian maple that remains today the preferred material for fine instrument making. The characteristics of Bosnian maple – referred to as tonewoods, as is also the northern Italian spruce that is often used together with Bosnian maple – are the subject of centuries of speculation between violinmakers and their many devotees.

The Bosnian maple tree itself is native to mountainous southern Europe. A violin maker in the 17th century may have had an extra advantage at crafting a fine stringed instrument due to climatic conditions at the time – and perhaps an unwitting assist from foresters who harvested the wood.

The time period that falls roughly from the 16th to the 19th centuries is referred to as “the Little Ice Age.” This cooler period, marked by larger glaciers and poor crop yields, bore one possible benefit: the Bosnian maples, and other trees as well, were more dense, as measured by tree rings. In theory, this contributed to the enduring superlative sound of a Stradivarius instrument.

The role of the foresters might sound apocryphal (if not slightly romantic, where the brutish lumbermen are somehow collaborators with the likes of Tchiakovsky), but research conducted in 2015 seems to indicate a chemical processing of the wood contributed to its excellence. The study used five different analytical techniques to assess tiny shavings of wood from two Stradivarius cellos, two violins as well from the master luthier, and a violin made by Guarneri.

The findings were that both luthiers, who were working at roughly the same time, used wood that had been treated with something containing aluminum, calcium, copper and other elements. Why? Other wood used to build furniture at the time contains these same minerals. It appears a worm and possibly fungal infestation was affecting much of Europe at the time, and this treatment was used on Bosnian maple to ward off those pests.

There is no evidence that Stradivarius and Guarneri were aware of this. The study was published in 2016 in the Proceedings of the National Academy of Sciences.

With or without worms, fungi, and chemical treatment, Bosnian wood remains an honored component of contemporary violin making.

Professionals engaged today in silviculture (tree farming) may not be aware of this use. But as a horticultural industry guidebook on various tree cultivars says about Bosnian maples, “Perhaps the greatest asset of a Bosnian maple is its poise…cool green spring foliage on a vase-shaped form that would make it one of the best specimens in any garden.”

It’s not at all hard to imagine a string quartet playing Vivaldi’s “The Four Seasons” in such a garden. Bosnian wood has beauty in all phases of its lifecycle.