A History of Violins in Rock & Roll 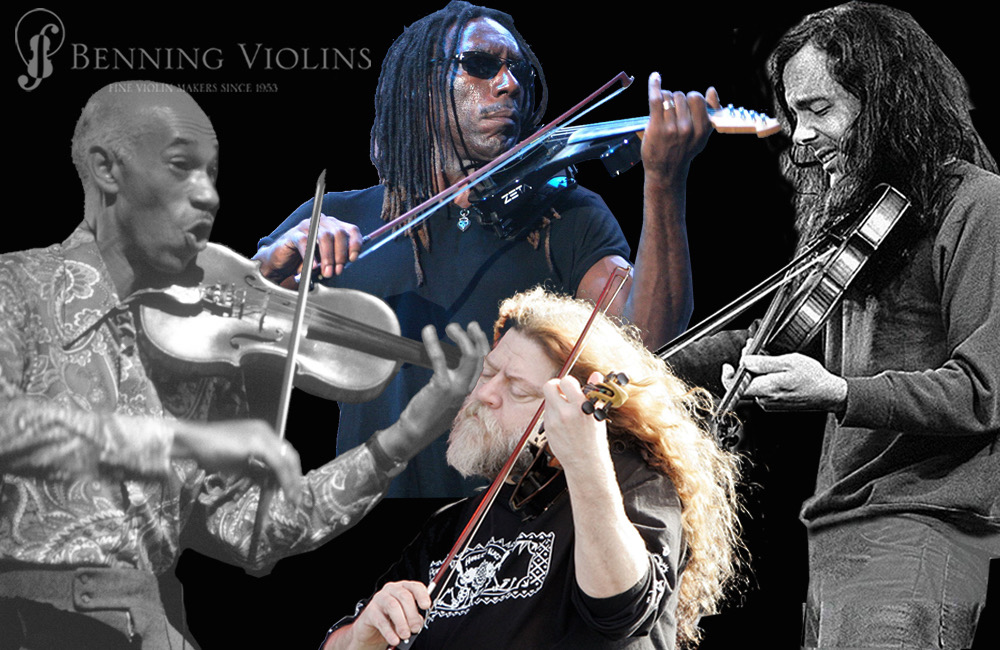 More than the guitar strings can make us rock. Violinists including John Creach, Richard Sanders, Robby Steinhardt, and David Lindley showed us how.

As every new genre of music builds on what came before it, it’s always interesting to see how certain instruments are employed in completely different ways. The incorporation of classical musical instruments in rock & roll music are a good illustration of this creative stretch by artists.

Rock of course was initially largely about three instruments: lead guitar, bass guitar, and percussion. But it’s easy to hear instruments such as harpsichords in music by The Beatles, flutes with Jethro Tull (more specifically, flautist Ian Anderson and his one-legged flamingo stance), as well as full stringed orchestras providing a symphonic sound for Emerson, Lake and Palmer and Deep Purple. Paul McCartney might have gotten the credit as lead singer, but it was The Beatles’ producer, George Martin, who laid in orchestral tracks so familiar in “Eleanor Rigby,” “I Am the Walrus,” and “Yesterday.” The cello is featured prominently in Guns and Roses’ “Welcome to the Jungle,” and Led Zeppelin’s “All my Love.”

But it’s the violin, in acoustic and electric versions, which are definitive parts of the sounds of certain rock artists. Unlike classical violinists who play fine violins that require ongoing maintenance of a violin maker, rockers typically use lesser quality instruments on stage – because of the wear and tear on them through touring and performance – and take their instruments to guitar luthiers. Here is a brief overview of these violin rockers:

Kansas: Robby Steinhardt was both the violinist and a founding member of this group, which had its heyday in the 1970s (top hits: “Carry on Wayward Won,” “Point of No Return,” and “Dust in the Wind”). His skills on the strings were in every song in the group’s discography, and he also played the viola on an overlaid track of “Dust in the Wind.”

Dave Matthews Band: Violinist Boyd Calvin Tinsley, helped compose some of the star-studded band’s music. His most famous performance was in “Tripping Billies,” a tour-de-force for the electric fiddle. Said Matthews of Tinsley: “We had no plans of adding a violinist. We just wanted some fiddle tracked on this one song, “Tripping Billies,” and Boyd …. came in and it just clicked. That completely solidified the bad, gave it a lot more power.”

Fairport Convention: Over a career spanning several decades, Richard Sanders (born in 1952) lent his jazz-rock, folk rock, British folk rock, and folk mastery of the violin to many groups that include Albion Band, Strawbs, Jethro Tull, Robert Plant, Procol Harum, Loudon Wainwright III, Pentangle, All About Eve, and Soft Machine. But his discography with Fairport Convention, over the span of 1985 to 2020, includes “Gladys’ Leap,” “Jewel in the Crown,” “Over the Next Hill,” “Sense of Occasion,” “Festival Bell,” “Myths and Heroes,” and “Shuffle and Go.”

Jackson Browne: Browne might have needed multi-instrumentalist David Lindley, but Lindley didn’t need Browne. Lindley began playing the violin at age 3 (and broke the bridge of his first instrument), then took up a variety of other stringed instruments: the baritone ukulele, banjo, and guitar among them. Working with Jackson Browne, his fiddle is heard on “For Everyman,” “Late for the Sky,” “The Pretender,” “Running on Empty,” “Hold Out,” and “Love is Strange: En Vivo Con Tino.”

But this conversation is incomplete without crediting the avant-garde composer, musician and performance artist Laurie Anderson, for her inventive takes on the violin. Her “tape-bow violin” uses recorded magnetic tape on the bow where horsehair would be with a magnetic tape head in the bridge. She developed the instrument in 1977 and introduced iterations of it in years that followed.