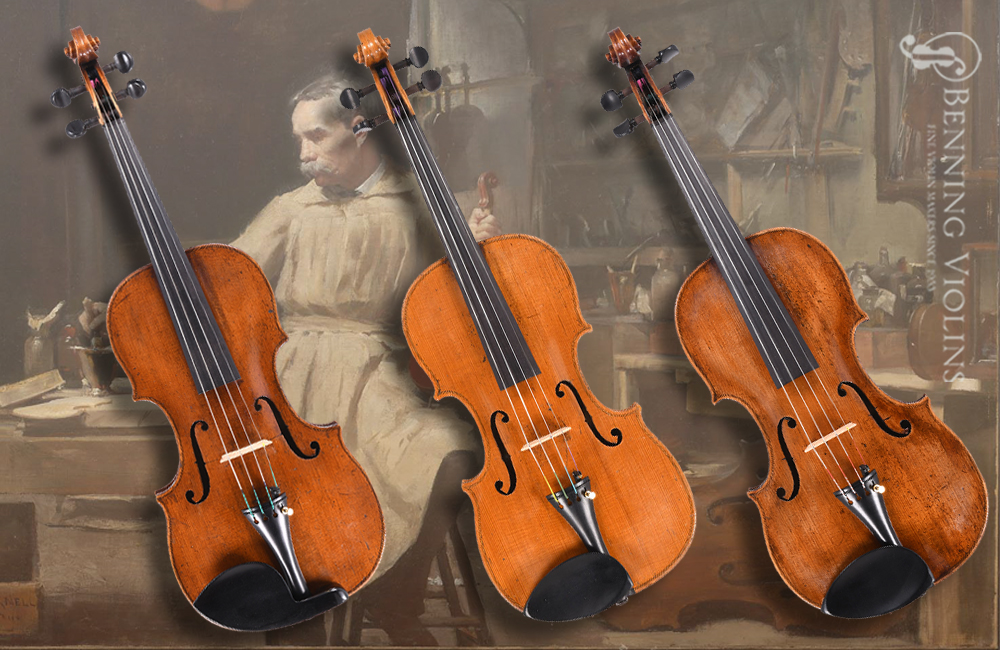 While early members of this dynasty created violins that have endured for hundreds of years, later industrious Hopfs also were successful at mass production.

If you peruse fine violin shops and auction sites online, a violin maker name you could well run into (depending on your price range preferences) is “Hopf.” An authentic Hopf, perhaps dating back to the early 18th century, should be available for under $10,000 US, sometimes as low as $2,000 US.

But the operative word when considering a Hopf violin is “authentic.” And even if it is from the dynasty of Hopf family of luthiers, where the claim of authenticity may be genuine, that doesn’t necessarily mean it is of the greatest quality. Somewhere between 18 and 40 people were members of the Hopf empire, which operated from the late 17th century on through the late-19th century in Klingenthal, Vogtland (now the Czech Republic) – which means that there is a range of quality from one Hopf family generation to the next.

Some of the earlier members of the Hopf family did indeed craft instruments of high quality. Those were made by founding member Caspar Hopf (1650-1711), son David Christian Hopf (birth and death dates unclear), or the grandson, David (1762-1786). They produced fine German cellos, violas and violins.

The Hopf family members overall were in fact quite industrious, literally building thousands of instruments under the family signature in a production-line assembly. One history of the House of Hopf describes the guild of luthiers (Hopfs and non-Hopfs) established by Caspar Hopf as follows:

“The guild here very quickly became ‘industrialized’, with individual scroll cutters, back carvers, rib makers, even peg makers … The work produced by the family is superficially in the Stainer style, but the pattern is a little degenerate, with noticeably squared-off upper and lower bouts. As in Mittenwald, other families joined the numerous Hopfs; the Dörfel, Hoyer and Glass families being particularly significant. But by the mid nineteenth century, the boom had bust, and in 1887, the Klingenthal guild ceased to exist, having overseen the production of tens of thousands of instruments in the previous two centuries, many with the heavy brand of ‘Hopf’ on the back."

A genuine Hopf would need to be examined and authenticated by a credible violin dealer. If it checks out, here are some characteristics of the tones from contemporaneous descriptions: “Bright, clear, rich in overtones;” “warm, dark, rounded;” “mature, silvery;” “large, strong;” “warm, mature, resonant;” and “warm, quiet.”

So while finding a Hopf in your grandmother’s attic might not exactly be a discovery of riches, it is an indication the violin is old, it likely was made in Europe, and it represents a history of mass music appreciation in the working and middle classes of Europe and the New World in a time that preceded recorded music.