Reasons NOT to Leave Your Fine Stringed Instrument in a Car 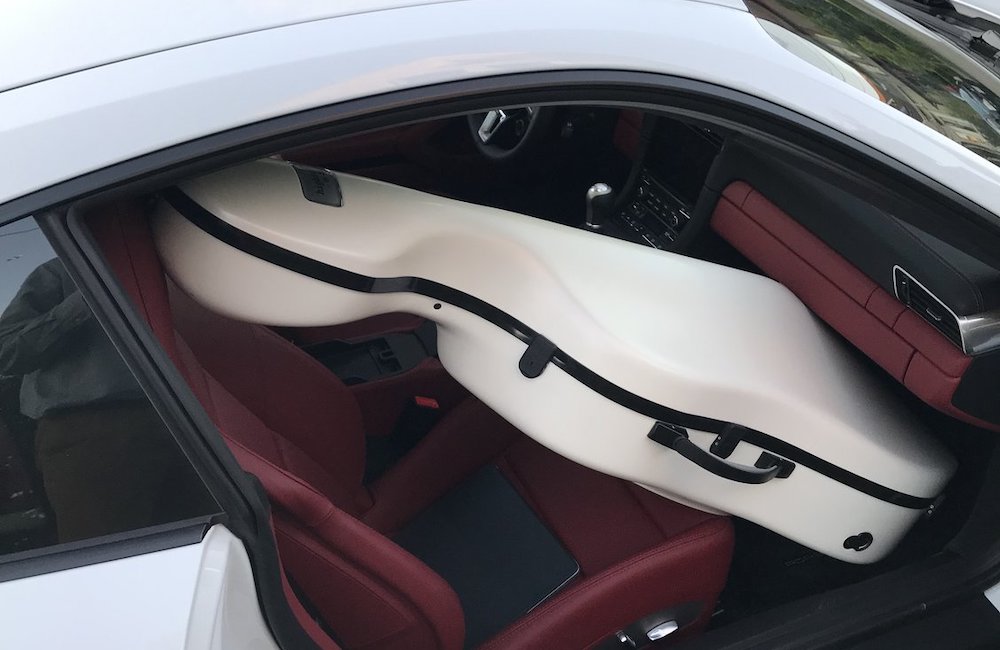 About a third of violin players acknowledge leaving their instrument vulnerable to theft, a large portion of them in cars. Which is a very, very bad idea.

In most major cities in the developed world, it’s a pretty common truism that leaving something on a car seat is an invitation to thieves. Something so worthless as an empty paper bag might be tempting enough for a smash-and-grab, just on the chance it contains a wallet or smartphone.

The cavalier among us might joke, “Heck, it’s not like I’m leaving a Stradivarius violin or something on the seat!”

Except, there have been Stradivarius violins left on seats of cars and in taxis. And they’ve been stolen or at the very least lost for days if not years. These losses are not limited to fine violins. Musicians have even had fine violas, fine cellos, and fine stringed instrument bows taken.

How is that possible? An informal poll conducted by Violinist.com in 2008 asked respondents if they had ever left their instruments somewhere by accident. The results were stunning: 36 percent (93 players) said yes, they had. The largest portion of them were in classrooms (18 percent), followed by restaurants (16 percent), cars (12 percent, plus another 3 percent in taxis), practice rooms (12 percent). A small cohort, 2 percent, admitted to leaving them in bathrooms.

Among the most valuable of violins recently left in a car and lost was the 1710 Amati II, valued at the time (December 2020) at $700,000. It is owned by an art dealer, Rowland Weinstein, who lives in Lost Angeles. Ironically, he was moving the violin to a more secure location when he parked his car, unlocked, in front of his own house. He left the violin in the vehicle for just a few minutes, only to discover the car was stolen when he came back outside – the violin still a passenger. In all likelihood the thief was most interested in the vehicle and lacks the skills and contacts for selling the fine and rare violin. It has yet to be recovered.

Another loss occurred in Los Angeles in 1967, when a Stradivarius (the 1732 Duke of Alcantara) was either stolen from a car or it fell off the roof. Yes, possibly the violinist left it on the roof. It resurfaced in 1994 after a hazardous journey involving someone finding it, storage in a closet, passing on to relatives through two different divorces, casual play by amateurs, and finally surfacing when it went into a violin shop for repairs. The owner, the University of California at Los Angeles, regained possession. The player who lost it lived to see it returned after years of remorse over his carelessness.

But even if a violin of lesser value is left in a car and not stolen, it might still suffer. Cars left parked have poor temperature control. Inside a vehicle on a summer day, the temperatures can go as high as 115ºF in 30 minutes. Simply warm weather can affect the bow-on-strings friction and expand the wood, which changes the tension on the strings. At an extreme, heat can melt the varnish, loosen the glue, and wood can even crack. In the winter, anything below 60ºF will impair the sound of the violin. Leave it in a car and the pegs will loosen, but just as importantly the dryness of winter air affects the entire instrument.

So for that 16 percent of people who leave their violins in cars, plus the 3 percent who thoughtlessly leave them in taxis: might we suggest some kind of leash? You ARE the type to leave a Strad on a seat. It’s a hostile world out there and your violin is defenseless without a little more protection.