The History of the Gagliano Family of Violinmakers 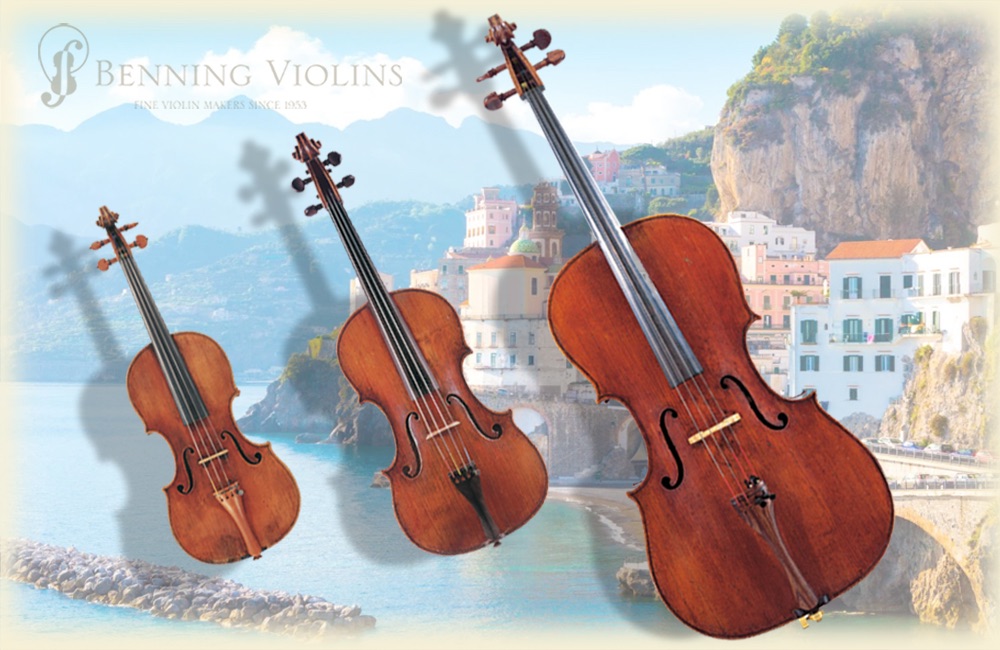 The violins of Cremona and Venice might have the most storied histories, but the Neopolitan Gagliano family instruments have stood the test of time as well.

In 20th century America, the music most popular among immigrants from Italy, and Naples in particular, is lively and very often full of comedy. That includes the Sceneggiata, a stage musical form akin to soap operas performed by Neapolitans Mario Merola, Pino Mauro, and Mario Trevi.

But among classical music audiences, and to violinists in particular, Naples is strongly associated with the violins and other fine stringed instruments made by multiple generations of a single family of renowned luthiers, the Gaglianos.

The founding patriarch of this family – which made fine violins, cellos and double bass instruments from the early 18ththrough the early 20th centuries – was violin maker Alessandro Gagliano (born in 1640). A native of Naples, he traveled north to Cremona where he trained under none other than Antonio Stradivari and Nicolo Amati. Biographers write that it was with the Cremonese masters that Alessandro Gagliano learned how to select wood that was as beautiful to observe as the music tones it produced.

Alessandro worked until the age of 90 (1730), long enough to train two sons, Nicola I and Gennaro, and four grandsons: Ferdinando, Giuseppe, Antonio I, and Giovanni. At least three great grandsons (Nicola II, Raffaele, and Antonio II) came next and continued the tradition of craftsmanship in making fine stringed instruments.

How good were the violins of the Gaglianos? It varies, and son Nicola I is considered the best insofar as the prices his violins sell for today attest. A cello by Nicolo sold for $744,178 at auction in 2011; his highest-valued violin sold for $258,600 in 2017. Beyond their market value in the 21st century, Nicolo’s instruments are described as “as close as you can get to a Cremonese sound, varnish, and modeling without the word ‘fecit Cremonensis’ on the label.”

Contemporary virtuoso Rachel Barton Pine plays on a Nicola Gagliano violin for Baroque performances. There are 124 violins, 6 cellos, and 1 viola by Nicolo I known in existence has been sold since 1912 (per data from the Tarisio fine instruments and bows auction house).

Other children, grandchildren and great grandchildren of Alessandro Gagliano were prodigious violinmakers, each with their own labels (although switching of labels between instruments, and copiers from outside the family, make precise identification of the specific luthier a little more complicated). Ferdinando in particular was most productive, even if some of his instruments are described as “nondescript.”

The contemporary (20th century) music from Naples that Americans know well – “O Sole mio” and “Funiculi Funicula” among them – actually follow in the footsteps of the great composers that came out of the conservatories of Naples. They include Pergolesi, Puccini, Rossini, Bellini, and Donizetti – names that no doubt knew the instruments from Gagliano well, for generations.