The History of Standard Tuning: Who Standardized it, Why, and When? 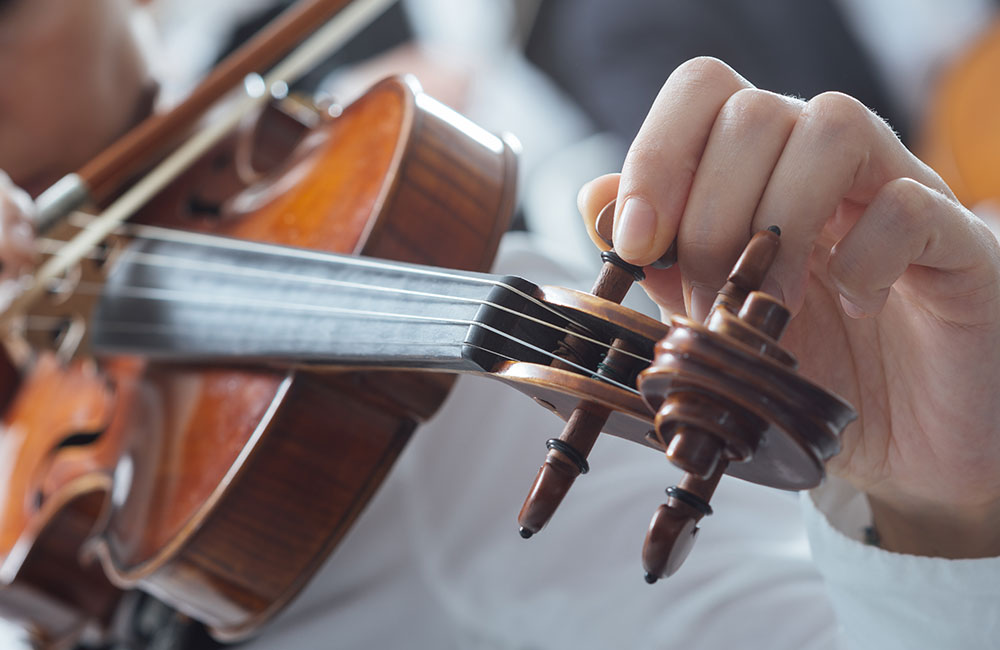 The A note changed over the centuries due to concert hall architecture, instrument innovations, and the globalization of Western music.

Violin strings are typically tuned by setting the A string to 440 Hz. It’s a scientific metric applied to a tool of art, which in itself might seem odd. But just like pointillism was an optical tool used by Impressionistic painters, and physiology is essential to dancers, players of fine violins as well as all other instrumentalists need to be in tune. The hertz (Hz) unit of frequency, which measures the traveling wave (oscillation) of air pressure is one way to ensure a violin concerto in Vienna sounds the same in Tokyo, New York, Los Angeles, Sydney, and everywhere else.

But who set that standard? When? Why? The history is murky – violin makers didn’t play a role, as violins, violas, and cellos are fairly adaptable to all circumstances – but it has a parallel in time zones and cross-continental railroad travel that began in the 19thcentury.

Prior to the 19thcentury time varied from village to village and country to country. But with the railroads, it became more important to have coordinated schedules for arrivals and departures. This is when standardized time zones came to be.

The analogy to musical standard tuning finds its forensics in old pipe organs and old tuning forks. Organs in Germany that were built prior to 1600 had the A above the middle C varying between 377 Hz to 567 Hz, roughly a half note above and below the current 440 Hz standard.

What changed this was the rise of the star composer-musicians Handel and Mozart, who themselves and their scores traveled farther than their predecessors in the 17thand 18thcenturies. They favored a standard pitch of about 422-423 Hz. This was followed by improved building methods of concert halls that satisfied larger audiences in the 19thcentury, which coincided with the development of new and better instruments. To achieve “high, brilliant pitches at climaxes” (according to Lynn Cavanagh, A brief history of the establishment of international standard pitch a=440 hertz), which worked better in these bigger venues, wind and stringed instruments were built to a higher pitch standard.

It took the French to codify this, according to Cavanagh. “In 1859, a French government commission made A=435 Hz law in that country,” she writes. Still, British musicians didn’t exactly comply, nor did piano makers in North America, as they argued that room temperature rendered the French standard irrelevant.

Again, it was a technology, radio broadcasting, which drove an international agreement in 1939. Europe was in catastrophic turmoil during that period, so it’s interesting to note that consensus on the pitch of the A was at least achieved then. Today, it’s possible to get the standard pitch for the violin’s G, D, A, and E notes online and through phone apps.

Given all that happened in Europe in the 20thcentury, consider how some of those centuries-old German, French, British and other pipe organs may well hold a stubborn adherence to different, non-standard tuning. They might not fit musical tones a modern world but they give us a glimpse of what musical pitch was long ago.