The History of the Nyckelharpa 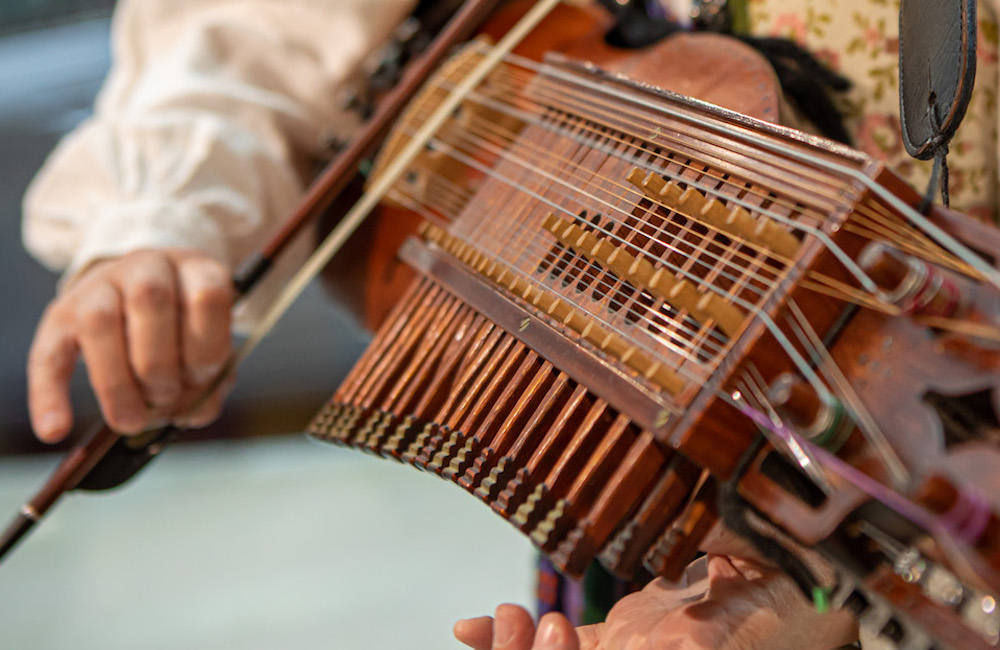 The “Swedish fiddle” is not purely a product of this Scandinavian country. But its biggest fans are probably in Stockholm, Gothenburg, Malmo and Uppsala.

To understand the history of the Nyckelharpa – referred to in some circles as the Swedish fiddle – actually requires digging into the history of all stringed instruments.

The Nyckelharpa has existed in one form or another format least 600 years, and is generally considered an instrument of Swedes. Given how Christianity came later to Sweden, its earliest iterations can easily be associated with Norse gods and secular life in the Nordic lands. There were multiple versions of the stringed instrument, as it has evolved over time, to today where it could be mistaken for an instrumental marriage between a bowed instrument (violin, viola, cello, bass) and a keyboard such as a piano, harpsichord or perhaps an accordion.

It’s unclear exactly what the earliest versions of Nyckelharpa looked like. There are just three surviving instruments from the 16thcentury, but there are earlier depictions of an instrument that resembles the boxy, oblong contraption. Church paintings in Denmark, Sweden and Italy, dating to the early 1400s, and later (about 1590) in a church in Hildesheim, Germany, seem to show the instrument. An even older example in ecclesiastical art dates from about 1350 on a carved relief on a gate into Kallunge Church in Gotland, Sweden, which shows what might be two Nyckelharpa players in what we are to assume is a performance of pre-Reformation sacred music (academics stop short of declaring these to be definitively Nyckelharpa).

The physical instrument evolved in various iterations over time, as evidenced by the addition of strings, now in three rows: the three melody strings, a drone C, and 12 resonance (sympathetic) strings, which were the more modern addition (16thcentury). The keys, played with the left hand while the right hand bows the strings, serve as frets when a key is depressed. This changes the pitch of the string, similar to what the violinists’ hands do on a violin.

Modern use of the Nyckelharpa is still a niche interest, with a concentration of about 10,000 players in Sweden (population 10.3 million), and smatterings of clubs and performers on the folk music scene in the US and elsewhere. The popular rock group Tillian, which often covers work by the Icelandic artist Bjork, frequently uses a Nickelharpa in contemporary arrangements, including on its recently released album Lotus Graveyard.

But where exactly did the instrument, which is fairly complex in its construction, come from? The specifics are lost to history, but it begs a bigger topic, which is how stringed instruments are practically universal to humankind. Examples of strings that are variously struck, plucked, or bowed existed on every inhabited continent in the archeological records. Be it a harp, a zither, a lyre, a lute, tambura, via, sitar or sarod (they are technically all referred to as chordaphones), which later gave birth to keyboard instruments (pianos, hurdy-gurdies, clavichords), sounds from the vibration of strings have been understood for millennia. As trade developed between cultures of the East and West, with Africa and eventually the Americas and Australia, types of stringed instruments were discovered and traded just as were spices, fabrics, and ideas.

As to the instruments themselves, they’re rare. Only a few luthiers specialize in the making of Nyckelharpas. You won’t typically find one in the shop of the local violin maker, nor will you likely find one featured in a catalog of fine stringed instruments.

The Nyckelharpa, an amalgamation of physics that a skilled musician can play as nimbly as any fiddle, might be considered a smorgasbord unto itself, and perhaps just as rich in musical flavor.