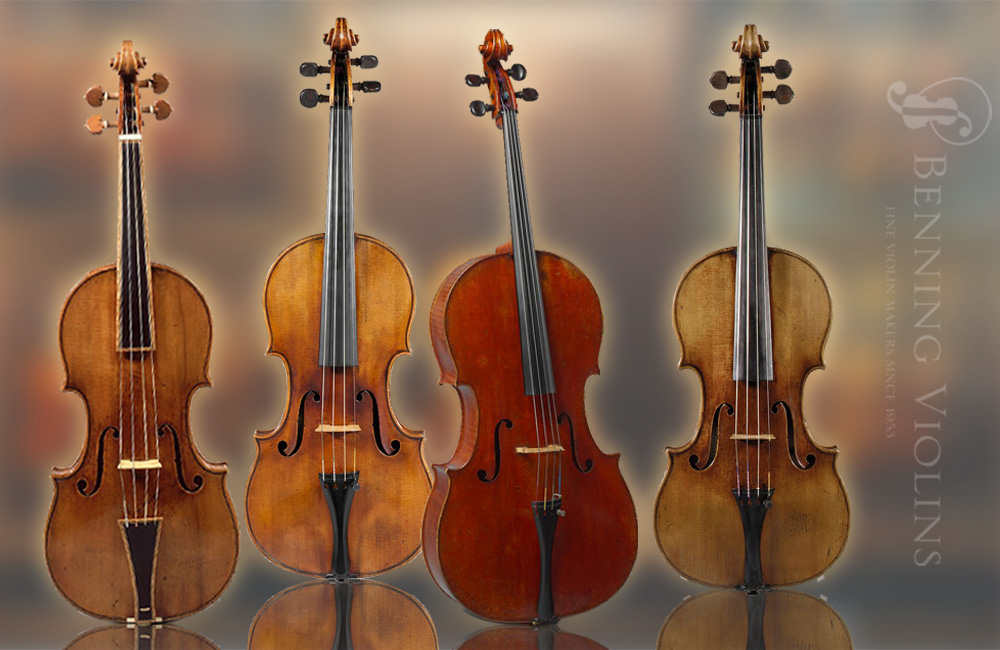 New York’s Metropolitan Museum of Art has several Strads that are played occasionally. But should rare instruments be mostly seen and rarely heard?

The stringed instruments made by the famed Cremonese luthier, Antonio Stradivari, have household name recognition, beyond the sphere of classical music fans and musicians. “Perhaps it’s a Stradivarius?,” is the question almost anyone will ask when they come upon a violin in grandmother’s attic.

Such finds are unlikely – of the approximately 1,100 violins, violas, cellos, harps, and guitars made by Stradivari, about 650 survived time, accidents, world wars and the French Revolution. In fact, those that are true Strads are among the most highly prized musical instruments in the world. Five Stradivarius instruments (the MacDonald viola, DuPort cello, Lady Blunt violin, Hammer violin, and the Lady of Tennant violin) rank in the top ten most valuable instruments of all kinds, globally.

So when museums such as the Metropolitan Museum of Art in New York (“The Met”) acquire a Stradivarius and other rare instruments (they have 5,085 in their collection), it’s a pretty big deal. Many are donated, of course. Some are purchased at auction. Instruments made by Amati, Stradivari and Guarneri, to name a few, are extremely unlikely to end up in a local violin shop’s catalog of fine Italian violins for sale. The four Strads currently in the collection, owned or on loan, are:

But a perennial question regarding these instruments is, should rare musical instruments be objects to observe or be heard? What is the function of instruments in museums?

WQXR radio (105.9 FM in New York City), a classical music station, considered this question about a decade ago (2011) with regard to the instrument then in the possession of The Met. The story notes that the instruments are rarely played – typically, three times a year – and that instruments that go untouched have diminishing quality when they aren’t used, similar to the atrophy of human bodies that are sedentary. “The more instruments are played and the more their molecular structure is resonating, the better they sound,” the Julliard School curator of string instruments, violinist Eric Grossman, told WQXR.

But The Met curator of musical instruments, Ken Moore, sees the role of the museum is to preserve instruments that show how the instruments were originally constructed. He believes such evidence informs preservation and future violinmaking. He also notes the occasional playing revives the instrument, describing it as being akin to waking from a period of sleep.

To this discussion it’s important to know that even the preserved versions of these instruments aren’t always what left Stradivarius’ shop 300-odd years ago. The Francesca violin, for example had its fingerboard lengthened, which extended its upper range. It’s had a chin rest added, wire strings replaced gut strings, and the sound post and bass bar were replaced with larger versions thereof, the better to project a stronger sound in larger concert halls. The Gould had undergone some changes as well, but was subsequently restored to the original, Baroque configuration as a means to return to the maker’s intent and the (smaller) concert venues of that time.

So when someone visits a Strad at The Met, the Smithsonian’s National Museum of American History, the US Library of Congress, the Canada Council for the Arts, the Chimei Museum (China), the Nippon Music Foundation (Japan), or the Musée de la Musique (France), it’s useful to understand the interplay between preservation and playing. As well as what the cello virtuoso Mstislav Rostropovich’s secretary told The Met when declining their invitation to visit and play the “Servais” Strad, then in the institution’s possession: “Maestro Rostropovich does not believe in the incarceration of musical instruments.”