"The Violin Makers of the United States" by Thomas Wenberg 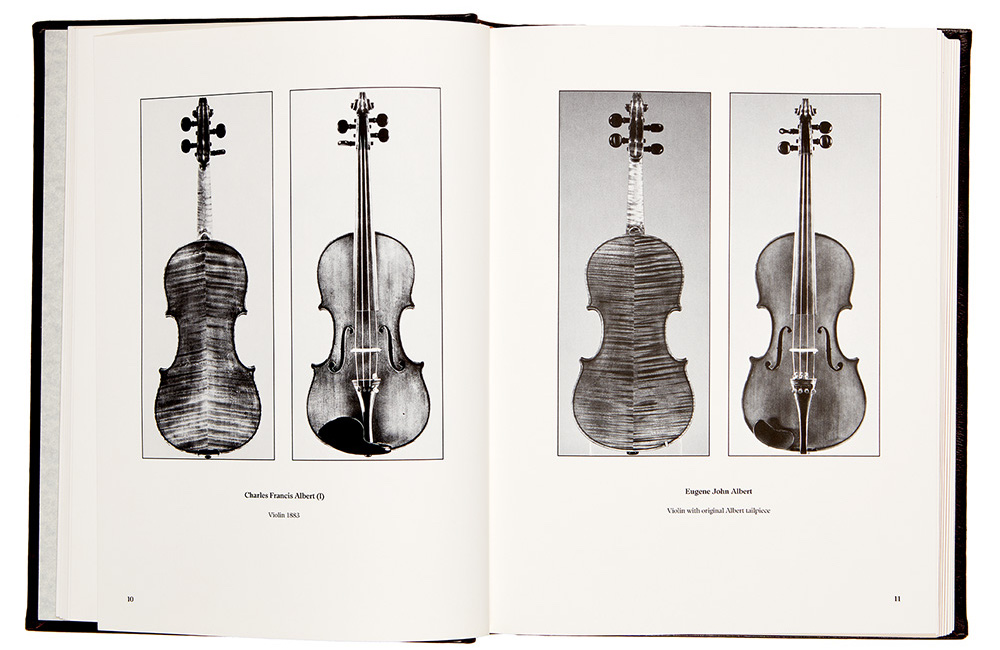 Neither a musician nor a maker of musical instruments, this deeply shy writer traversed America to meet luthiers face-to-face and describe their work.

It was published more than 30 years ago, and all copies sit within a fine Moroccan goatskin cover. It’s available through the standard (today) online booksellers, starting at $180 per copy from its limited run. And somewhat like the 3,500 luthiers it documents in an encyclopedic format, “The Violin Makers of the United States” by Thomas Wenberg (Pizzicato Publishing Company, 1986) was painstaking researched by hand.

By hand and a pickup truck, that is. Author Wenberg drove back and forth across the US for the better part of two years, from one violin shop to another, to gather as much information as was possible from the violin makers of that time, most of whom are unknown in the great concert halls and universities where fine instruments are played. In fact, among the craftspeople he interviewed – in person as much as possible, and certainly not via email or studied online, as those communications and information technologies were in the most nascent and inaccessible forms in the mid-1980s – some were best described as hobbyists. Others were the premier luthiers in America, however, prized by musicians of ambition and accomplishment.

Wenberg later went on to a political career, serving in the state senate of Oregon under a new name, Wilde. Which hints at the quirkiness of Wenberg, who readily acknowledged, despite his accomplishments, having learning disabilities (dyslexia and attention deficit disorder), being an “extreme introvert,” and social anxiety. He nonetheless overcame these as barriers to assembling the most complete summary of violin makers in the country.

It bears knowing that Americans who made fine stringed instruments were generally not as highly regarded as the European masters of previous centuries. Another chronicler of the craft, Christopher Germain (a Philadelphia-based violinmaker), notes that very crude, amateur-built instruments constructed in the Colonial period appear to have been made out of frustration more than anything else, the better European-made fiddles being rare and expensive. European makers began to immigrate to the Americas by the 19thcentury, upping the ante considerably. By the latter 20thcentury, America’s stability and prosperity drove its violinmakers to match those of the Old World. Germain says the violins made in the US began to rival their European counterparts by the 1980s.

Wenberg/Wilde’s book is unrivaled and heralded, even if a large percentage of the people chronicled in “The Violinmakers of the United States” may by now have passed on. Violins in auction houses today might make note of the luthier’s pedigree for being in the book.

But just as notable is how this shy person somehow overcame his own insecurities to accomplish something remarkable through an exhaustive, solitary effort – using a pickup truck instead of a Google search window to learn about the people who make fine stringed instruments. Not unlike luthiers themselves, whose largely solitary work creates something enduring, Wenberg/Wilde crafted a tome worthy of great music, great musicians and great instrument making.