The Violins of Isaac Stern 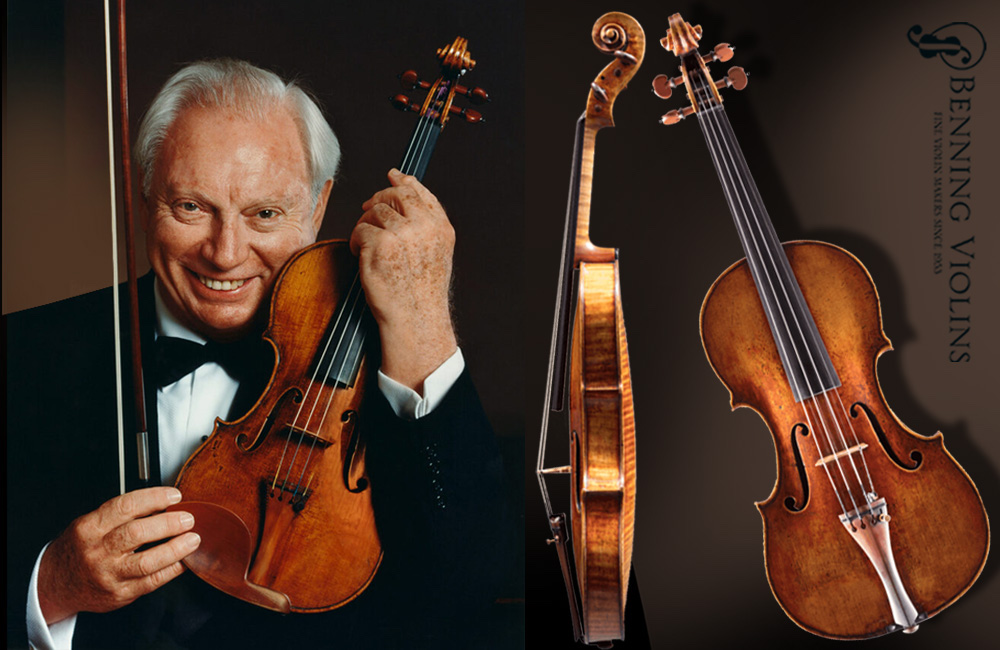 Among the greatest of 20th century virtuosos, Stern left behind great violins and bows. His estate may have bungled it a bit, but the instruments endure.

Just two years after his death, the auctioning of the fine violins, bows, and memorabilia from the estate of Isaac Stern (1920-2001) set the violin universe on fire – with nearly the energy of Tchiakovsky’s Finale: Allegro vivacissimo movement, inspired by Russian folk themes, in the Violin Concerto in D Major op.35 that was part of Stern’s considerable discography.

The story on why the auction happened unfortunately dimmed Stern’s legacy, an otherwise bright life story of international performance that earned him six Grammy Awards, the US Presidential Medal of Freedom, and being named to the French Legion of Honor. Carnegie Hall in New York has the Isaac Stern Auditorium, so-named in part to honor his musicianship as well as his civic activism in saving the structure from demolition in the 1960s.

A dispute between the attorney handling Stern’s estate, on behalf of the virtuoso’s third wife of five years, against his adult children from his second marriage, led to a premature and perhaps unnecessary dissolution of the valuable property. The sales netted $3.3 million, which was thought to be necessary to pay off debts as they were originally perceived to be at the time. Upon further inquiry, those debts were due to mishandling of Stern’s Manhattan apartment and other estate matters by the attorney, who was ultimately judged to owe the Stern’s children $563,000.

The Stern progeny were particularly incensed that they learned about the auctioning of the fine stringed instruments and bows only after the auction was publicly announced. Those instruments were bequeathed to them in the violinist’s will.

But the most beloved of his instruments in his lifetime was Stern’s thirty years with the del Gesu (1740) known as the Ysaÿe Guarnerius, which he played from 1965 through 1995, and which was subsequently owned by the Nippon Music Foundation. Other classical violins he played during his illustrious career were:

Among Stern’s contemporary instruments were a second violin by Samuel Zygmuntowicz and a modern Italian, Jago Peternella violin.

The fact that all these instruments survive the great violinists who once played them, come what may, is testimony to the enduring nature of great craftsmanship and the reverence they hold among instrumentalists and, increasingly, their patrons.