The Violins of Ruggiero Ricci 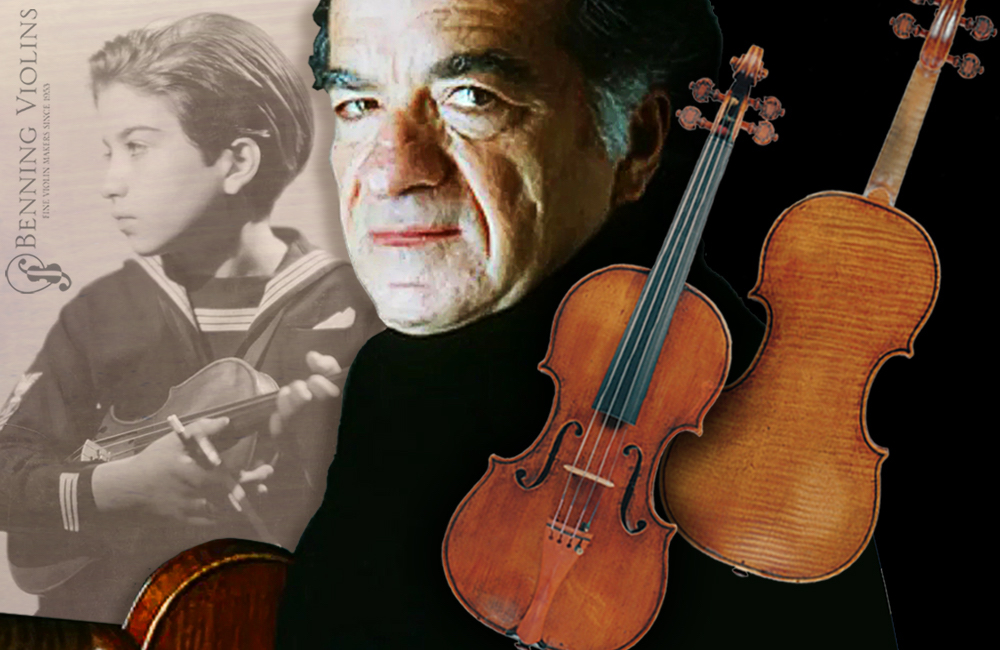 Over a long career that left a legacy of recordings and accomplished students, Ricci always had an eye (and ear) for fine violins, both old and new.

When virtuoso violinist Ruggiero Ricci died in 2012 (b 1918), the obituaries tracked his storied career. From his status as a child prodigy (two of his five siblings also achieved professional status as stringed instrument players), through a period of feeling like a “has been,” back to a renewed career of triumphal performances that lasted his entire life. His accomplishments include 6,000 concerts in 65 countries, and later teaching at the Juilliard School, Indiana University, and the University of Michigan.

But those histories are a bit muddled as to which fine violins he played on. That is due in part to a somewhat promiscuous love affair he had with fine Italian violins – there were quite a few over time, some made by the great luthiers of history (Stradivarius, Guarneri, and Storionis). But he also commissioned contemporary violinmakers to build new violins that replicated the work of the old masters – reportedly to great success.

The list of violins that count Ricci in their provenance, in no particular order, includes:

(Works of the masters)

While he performed into his old age – live in concert, and on dozens of albums, including the very collected 1964 “Ruggiero Ricci Vivaldi: The Four Seasons Stradivarius Chamber Orchestra” – Ricci is remembered as a very nurturing teacher and modern thinker. The fact he could place great value on the luthiers of the present, not necessarily being slavishly devoted to the masters of Cremona in the 18th century, illustrate his willingness to embrace the present.