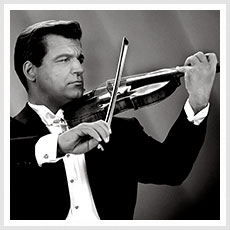 Violinist Hubert Pralitz is a pupil of Zino Francescatti, Henryk Szerlng and Sandor Vegh. Studied at the National Superior Conservatory of Music- Paris, France. He graduated with highest honors, receiving his Master's of Music at the Academy for Performing Arts "Mozarteum"-Salzburg, Austria.

Mr. Pralitz has won many first prizes in international competitions and has played for such dignitaries and heads of states such as the presidents of France, Poland, Brazil, Argentina, Bolivia, and Peru, and has held private concerts in the Vatican for Pope John Paul II.