Wolf Tones and What to Do About Them 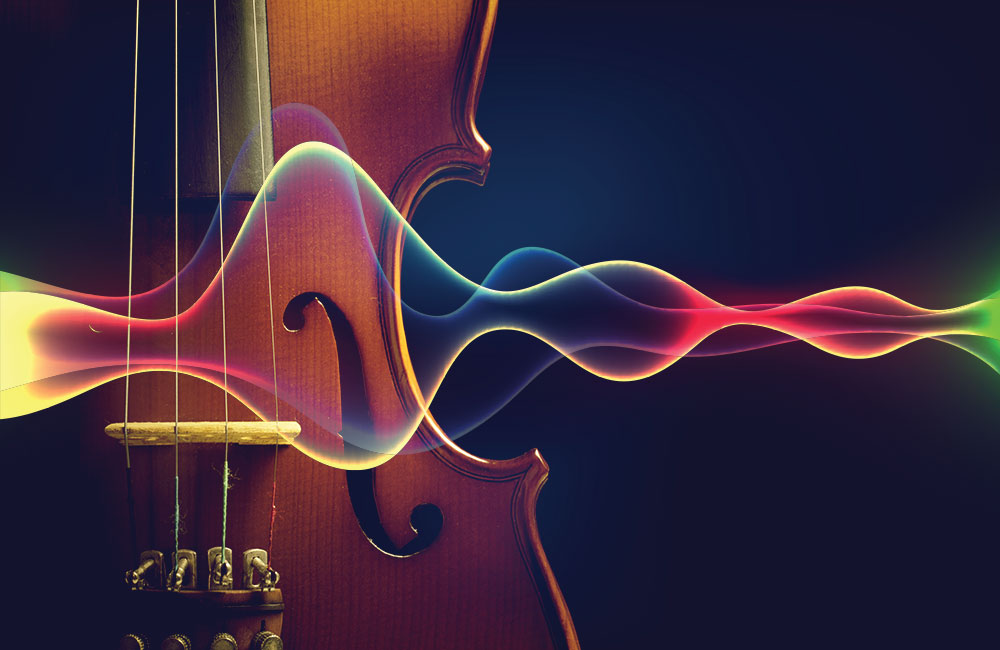 The physics of music matters, particularly when a cello, bass or violin produces an unintended sound. Understand how it works to fix it.

There are many reasons why education policy experts encourage adding an A, for arts, to STEM (science, technology, engineering and math), giving us STEAM. The general theory is that the engineer with a background in art can think more expansively and creatively. The example of this at work is often how Apple Computers increased its market share with friendly designs and an aesthetic interface.

That said, the benefit could go in the other direction, where artists benefit from understanding science. The making of music, as in the vibrations produced in fine string instruments, is in fact a product of physics. Modulations of compressed air caused by vibration are entirely responsible for what makes Tchaikovsky’s Cello Concerto fragment (completed by Ukrainian cellist-composer Yuriy Leonovich) soar, from the Allegro maestoso (B minor) through the Andante (G major) and Allegro vivo-Meno moso-Presto (B minor).

Yet, certain of those physical vibrations happen to be the cause of the very vexing “wolf tones” that can cause great players and great instruments to sound – unfairly – flawed.

Why is this? Students with an interest in the violin, cello and viola probably understand the basics of string vibrations. The sliding of a bow or plucking on the strings cause those strings to vibrate, but the fullness of the sound is also due to vibration interaction with the body of the instrument. The interaction between these two components is what lends the musical notes their full resonance.

Which is to say the body of the instrument vibrates as well. Every physical object, from micro-sized specs of dust to huge office towers has what is called acoustic resonance, the vibration of that object. Now, the physics student – who is also a violinist – will know that doesn’t always work out so well. The phenomenon of wolf tones occurs when the vibrational frequency of two things – here, the string and the instrument body – is the same or very close.

A wolf tone will more typically happen on a cello or a bass, less noticeably on a violin. The sound begins with the intended note that disappears and is replaced by a different note and sometimes a stuttering sound. On a cello, that can happen on the D string between the E and F#, or the same pitch in higher positions on the G or C strings.

The first instinct is to assume there is something wrong with the instrument, or the player. Au contraire, mon ami. In fact a cello in good adjustment – properly fitted bridge and soundpost – is more likely to suffer from wolf tones. A visit to your local  violin shop can make this determination.

There are several means to tame the wolf, so to speak. Rubber mutes and brass suppressors placed between the bridge and the tailpiece on the G or C strings might help. Other remedies might be: adjust the sound post, try different brands of string, change the tail piece or make a tailgut wire adjustment.

Some cellists find that simply squeezing the body of the instrument with the knees attenuates the effect. So while that application of physiology might seem unorthodox, consider the potentially destructive force of acoustic resonance in one very large building, the Taipei 101 in Taiwan. Building engineers used a 660 metric ton pendulum, also known as a tuned mass harmonic damper, to reduce the amplitude of mechanical vibrations caused by wind on the 101-story (1,671 foot tall) structure. This minimizes swaying and twisting of the building, which otherwise would cause motion sickness in occupants and even possibly structural failure.

Science matters – and it works!